Smokers who initially were thought to be one of the most vulnerable groups to be infected by the advent of the novel corona virus disease, maybe in no danger after all and could offer resistance against the virus.

This came to light when Canadian and French researchers say preliminary study into cannabis and nicotine patches showed that certain strains of the psychoactive drug and nicotine may increase resistance to coronavirus.

According to Canadian scientists leading a research on Cannabis, the strains of cannabis drug that could boost resistance to coronavirus work in a similar way to nicotine.

But the study is yet to be peer reviewed and if verified could boost medicinal cannabis business.
In a paper published on preprints.org, the scientists said some strains of cannabis reduce the virus’ ability to enter the lungs, where it takes hold, reproduces and spreads.

The researchers wrote that “Cannabis sativa, especially one high in the anti-inflammatory cannabinoid cannabidiol (CBD), has been proposed to modulate gene expression and inflammation and harbour anti-cancer and anti-inflammatory properties.

Working under the Health Canada research license, it has developed over Their initial data suggests that some sativa extract down-regulate serine protease TMPRSS2, another critical protein required for SARS-CoV2 entry into host cells.

According to the scientists while their most effective extracts require further large-scale validation, the study is crucial for the future analysis of the effects of medical cannabis on COVID-19.

The extracts of our most successful and novel high CBD Cannabis sativa lines, pending further investigation, may become a useful and safe addition to the treatment of COVID-19 as an adjunct therapy.”

They also noted that their study “can be used to develop easy-to-use preventative treatments in the form of mouthwash and throat gargle products for both clinical and at-home use.

Such products ought to be tested for their potential to decrease viral entry via the oral mucosa.

Many scientists across the world are working on several forms of treatments for coronavirus with some countries adopting anti-viral drugs that have been successful in treating Covid-19 patients.

Meanwhile, French researchers are preparing to launch a human trial to test their hypothesis that nicotine can help the body combat the COVID-19 infection.

The trial will involve groups of healthcare workers and patients wearing nicotine patches and other groups wearing placebo patches. Then they will be tested to see if there is a difference in how their bodies respond to the virus.

The trial is a follow-up to a French study, published this month, of public health data which appeared to show that people who smoke are 80% less likely to catch COVID-19 than non-smokers of the same age and sex.

The scientists hypothesised in their study that nicotine, which is contained in cigarettes, could influence whether or not the coronavirus molecules are able to attach themselves to receptors in the body.

Zahir Amoura, a professor at Paris’ Pitie-Salpetriere University Hospital, said the most significant part of the trial could be the testing on a sample group of 1,500 health professionals.

They will be assessed to see if they catch the virus, and whether those wearing the nicotine patches are more resistant than their colleagues wearing the placebo patches.

Similar testing will be carried out on 400 people who have been hospitalised with coronavirus symptoms, to understand if nicotine alters the progress of the disease.

The trial will begin in around three weeks. The researchers said they would be careful to ensure their research did not encourage people to take up smoking, given its harmful effects on human health. 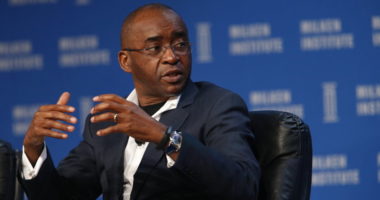